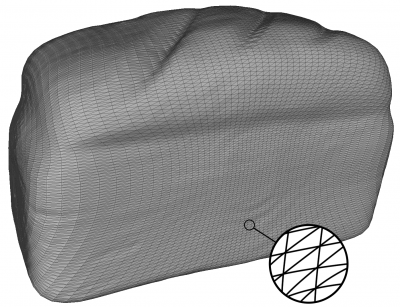 A method for finding bread volume has been approved by the American Association of Cereal Chemists – International (AACCI). 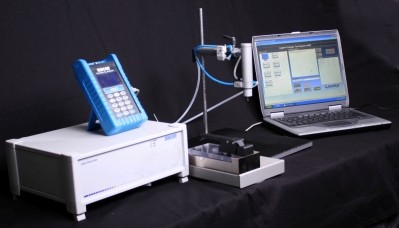 More accurate and reliable measurement of solid food ingredients’ consistency is claimed for the new Consistometer from Bunge Oils. 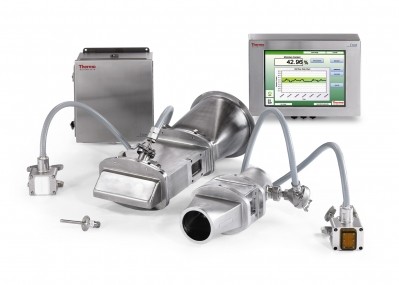 The European Bakery Innovation Centre (EBIC) has introduced a flour protein quality testing kit which it claims accurately determines protein quality by measuring gluten changes during dough mixing and could eliminate the need for test-baking.

A new gauge for measuring the thickness of coatings on metal
packaging was launched at last week's MetPack show in Essen,
Germany.

Nordson will work with US-based Sensory Analytics in a
collaboration it claims will allow it to improve quality and reduce
the costs of coating beverage cans and other metallic packaging.

A new system that measures the texture of food could
provide processors with results to improve
the shelf life and taste of products, its manufacturer
claims.

A new flow meter has the ability to accurately measure
bi-directional flow without processing contact, allowing processors
to adapt it to their operations without structural overhauls, say
its designers.

An ultrasonic meter clamps on to piping to accurately measure flow
rates of liquid used in the food processing industry.

Getting the mix right cheaper and faster for a variety of food
products is the aim of new batching software.

Ametek Drexelbrook's has released its DR7000 series and DR7100
series of instruments for the continuous measuring of liquid levels
during processing or storage.

A new flow meter system aims to help dairies, farms and food
processing operations be more efficient in measuring the amount of
waste water they discharge from their activities.

A new system that offers both pressure loss measurement and
packaging seal strength has been launched.

A highly flexible automatic measuring device capable of detecting
the tiniest leaks of CO2 from protective gas atmosphere packaging
has been developed.

Malvern Instruments in the UK has added a new range of particle
measurement systems to its portfolio of analysers for in-process
applications, allowing users to measure larger particles of up to
2.5 mm.

DSM Food Specialties, the leading producer of ingredient solutions,
has launched a new scanning kit that it claims can identify the
presence of antibiotics in milk more accurately. The product is in
line with traditional testing systems...

A new analytical software called MUSAC has been developed in an
effort to meet tougher regulations on the presence of chemicals in
foodstuffs.

Oxysense, the world leader in non-invasive oxygen measurement
systemsfor the food and beverage industry, is to showcase a number
of new technologies at the forthcoming Pack Expo.

Agr has launched its Magnetic Bottle Thickness Gauge to add to its
line of container inspection and measurement products.

Ranpak has introduced the proprietary new AccuFill voidfill
measurement system, designed to provide enhanced protective
packaging technology, which it is previewing at the PackExp
International show in Chicago this week.