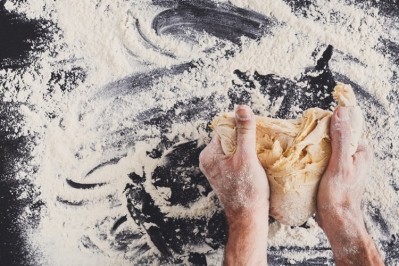 IFF has launched a next-generation enzyme-only dough strengthener that allows bakery manufacturers to develop clean label goods without any trade-offs. 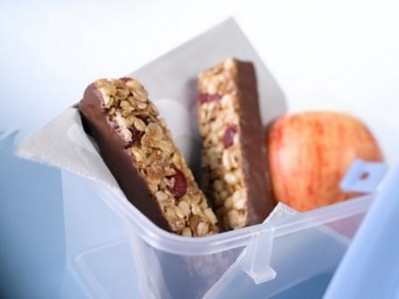 DuPont Danisco has zeroed in on three burgeoning trends – plant-based, protein and healthy snacking – to expand offerings for snack producers. 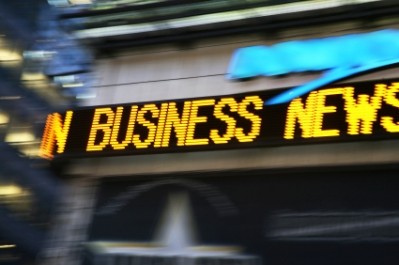 The European Commission today approved DuPont’s €4.5bn offer for Danish probiotics, enzymes and ingredients giant Danisco but the deal remains in doubt as to date only 6% of Danisco shareholders have accepted the offer.

CSM could be target for bio firms that missed out on Danisco, analysts

More deals in the mould of Danisco-DuPont could be feasible, as analysts predict other ingredient firms with small bio-business, such as CSM, will generate acquisition interest.

Danisco said that the development of Grindsted Fibreline 103, an addition to its Fibreline 101 product for rye bread applications, enables bakers to meet consumer demand for healthier bread without compromising on taste or texture.

Here’s the scoop: Ice cream is next for stevia

Stevia could soon be adopted by ice cream manufacturers, claims a partnership of ingredient developers which believes it has overcome the technical challenges of producing frozen desserts using the natural sweetener.

Danisco is launching a new protobiotic fortification for milk products in North America, which targets the market for immune-boosting children's products.

Danisco gets go-ahead for emulsifier buy

Danisco has obtained European approval for its planned acquisition
of ABF Ingredients' Abitec emulsifier business, which is expected
to strengthen its position in some key European markets.

Danisco Sugar to be sold to Nordzucker

Danisco has announced that it will sell its sugar division to
Nordzucker for DKK5600m, around €751m, bringing to an end months of
speculation as to whether it would agree to a sale or opt to spin
off sugar into a separate business.

Danisco plans to further strengthen its health and nutrition
ingredients offering in areas in which it is not a market leader,
as it positions to for a bio-based future.

Danisco has said it is close to concluding negotiations with
potential buyers of its sugar business, but is still working
towards spinning it off into a separate business by the end of 2008
in case a suitable deal cannot be struck.

Danisco is promoting the health-benefits of its ingredients with a
new juice confectionery demonstration kit.

French sugar and food solutions company Tereos has confirmed it is
hoping to acquire Danisco's sugar business, and that it is bidding
against Germany's Nordzucker.

Food ingredients, sugar and industrial bioproducts firm Danisco is
sponsoring a professorship in healthy dietary fibres, which could
help to develop foods with health-promoting benefits.

Danisco has invested in pilot low temperature extrusion technology
to produce high-quality, low-fat ice-cream, to enable testing of
ingredients using the same systems as its customers use.

A new line of freeze-dried and frozen cultures for yoghurt
production offer a cost effective replacement for milk solids,
while also retaining taste and texture, their manufacturer claims.

Danisco's board yesterday rejected a proposal to cleave the company
into two businesses, one for sugar and the other for ingredients,
because of on-going EU sugar reform. But the plan remains on the
table for the longer term.

Danisco has agreed to acquire South African bakery enzymes company
Innovative Ingredients, in a bid to build local knowledge and
strengthen its position in a promising market.

Danisco suffered a 3 per cent drop in revenue in the 12 months to
30 April, blaming the fall on the EU's decision to cut subsidies
for sugar.

Danisco claims it latest pectin-based ingredient ranges will cater
for the growing demand amongst sweet-toothed consumers for
healthier and nutritious confectionery.

Danisco has cut a deal to sell its flavours division to Firmenich
that will let it focus resources on its bioingredients, texturants
and sweeteners competencies - while still keeping some interest in
flavours through a partnership...

Scientists from Danisco have identified peculiar regions of a
starter culture's genome that allow the bacteria to be resistant to
infections by bacteriophages (bacterial viruses).

Danisco has developed a new ice cream based on goat's milk,
plugging the formulation as a means for companies to target the
growing demand for speciality products.

Danisco is looking to benefit from growing interest in natural
antioxidants with the launch of Guardian green tea extracts.

Danish ingredients giant Danisco is set to host a seminar on
international sweet snacking to encourage new product development
in the bakery and confectionery industries.

Danisco's first half performance for 2006/7 has been 'as expected',
said the company.

Danish ingredients group Danisco has launched a new stabilizer
ingredient designed to allow ice cream manufacturers to cut the fat
content of their products while still maintaining a creamy
mouthfeel.

Danisco has extended its bakery enzyme range with a new amylase
enzyme that slows down the staling of industrial bakery products,
and extending the shelf life of bread.

Danisco is introducing a new addition to its Howru probiotics line,
which it says was seen in the first of a series of
condition-specific studies to help restore the beneficial bacteria
in the human gut after taking antibiotics.

Changes to Danisco's ingredients division will lift the EBIT margin
for the segment to above 15 per cent, according to the firm's
announcement of Q1 2006/07 results.

A new baking enzyme which aims to cut costs on the production line
and increase the shelf life of bakery products has been launched by
ingredients giant Danisco.

Danisco Sweeteners has developed a range of ingredients designed to
help food makers create snacks with less than 100 calories.

Danisco claims that ice cream with less than one per cent fat is
possible thanks to new technology that prevents unwanted ice
crystals from forming.

Danisco claims it has developed the ingredients to help food makers
use trans-free fats without losing functionality.

Danisco has launched a new range of enzymes to help fruit juice
makers save money and improve quality as they look to target
growing consumer demand for healthier soft drinks.

Danisco's latest product launch is designed to build on strong
growth in the cheese cultures sector.

Danisco's cultures are seeing strong organic growth thanks to
growing demand from fresh dairy for innovative products and
probiotics.

Five years in development, Danisco looks for strong gains from two
new enzymes, a lipase to enhance flour performance and an amylase
to extend the shelf-life of bread, targeted at bread makers.

Diversifying supplies and managing risk for the world's most
expensive, and popular, natural flavour, for the first time
ingredients giant Danisco receives a batch of sustainable organic
vanilla from an Indian monk, reports Lindsey...

Danish sugar and ingredients group Danisco leaps into the number
two enzyme position as the firm announces control of 98.2 per cent
of the shares in US biotech firm Genencor.

Set to see sugar profits dip with incoming European sugar reform,
Danisco's announcement last week to acquire enzyme player Genencor
is the latest in a string of acquisitions that will go some way to
bridging the sales gap, writes...

Danisco has received authorisation to use and sell its new
vegetable oil-based plasticiser, Grindsted Soft-N-Safe, in the EU.

The bolt-on acquisition of Rhodia Food Ingredients earlier this
year helps boost sales for Danish ingredients and sugar group
Danisco in an otherwise challenging 2004/05 first half.

Danisco has taken up the low-carb, low-sugar baton and run with it,
developing a line of flavours aimed at food manufacturers
developing artificially sweetened and reduced sugar beverages and
dairy products.