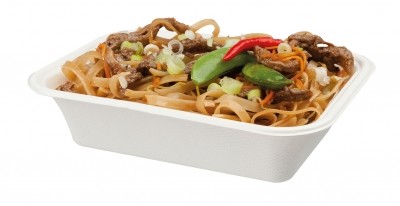 Colpac has launched a Compostable Ovenable Tray, as part of its Zest paperboard food packaging range. 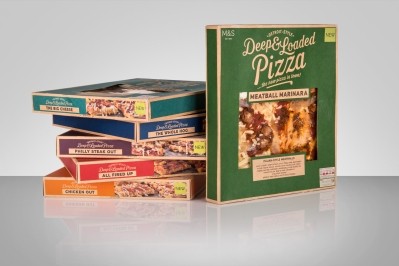 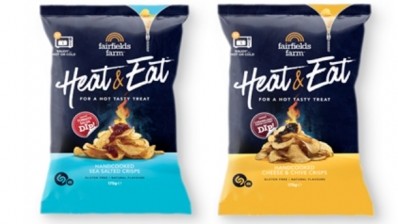 Artisan snack producer, Fairfields Farm, has created the first ever microwaveable bag of crisps (potato chips in the US). 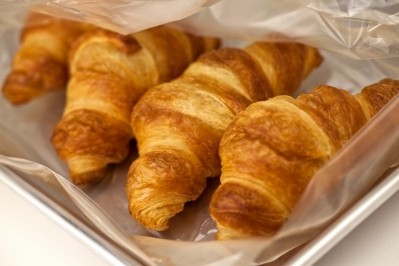 DuPont Teijin Films (DTF) has partnered with a US university to allow companies to test new ways to package and prepare food. 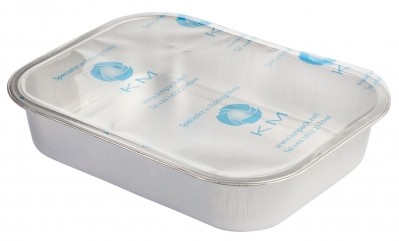 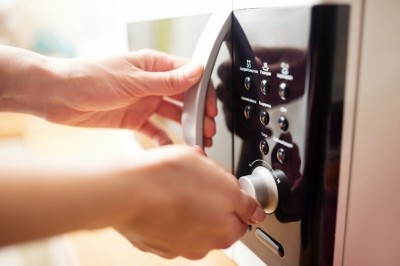 Frito-Lay has developed a microwaveable snack pack that enables consumers to heat chips before eating. 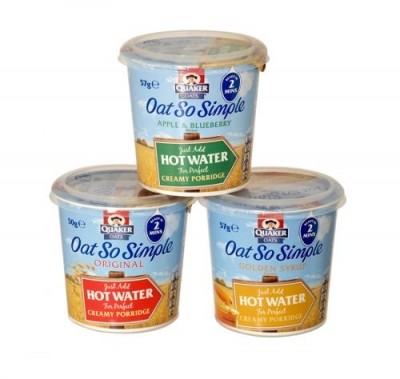 Quaker has developed a pot that can be expanded ahead of microwaving, improving convenience for consumers and saving shipping costs for manufacturers. 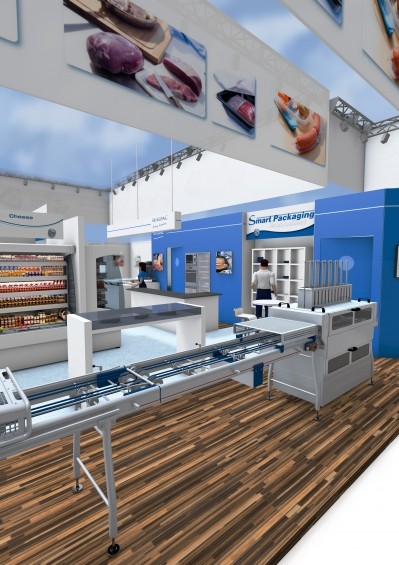 The first ovenable tray skin films are coming out onto the market now, according to Sealpac. 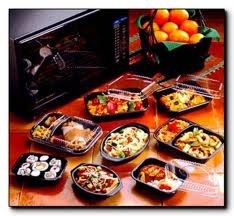 A study on food packaging that can be heated in conventional ovens, microwaves or by steam has found while the migration of substances from the packaging to the food is generally low and below the regulatory values, it can increase significantly in the... 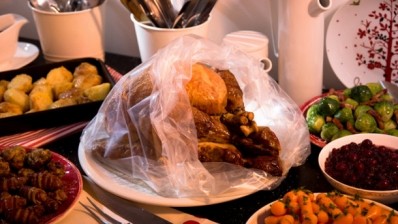 Sirane says significant global growth in cooking bags means it will install extra machines in the UK and Turkey, while it is expanding in the US. 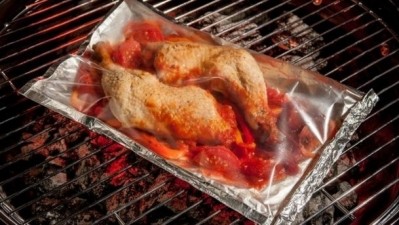 Sirane, a company specializing in cook-in-bag packaging, is expanding its operation to another continent. 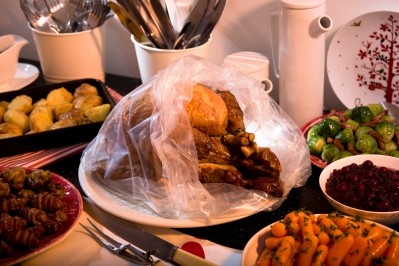 Sirane has launched the first nylon based ovenable bag that can be flow wrapped and heat-sealed, the UK packaging company claims. 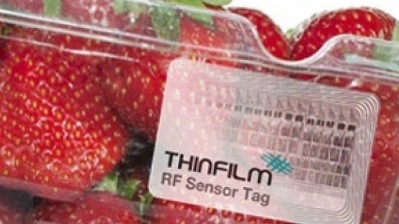 High-tech bells and whistles like moisture control, temperature sensors and printed electronics are fueling increased demand for active and intelligent packaging in the US. 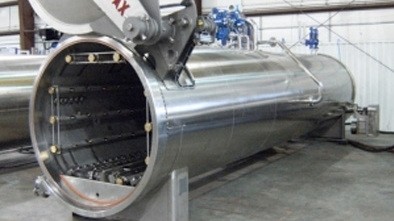 Allpax has launched research into how its sterilization technique works on different microwave packaging formats and materials.

JBT FoodTech cooks up a treat with oven for breaded products

JBT FoodTech has launched an oven using forced convection to specifically target breaded products such as chicken nuggets and tenders. 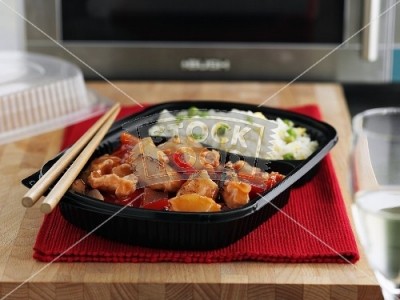 Patented technology that allows microwave meals to be cooked more evenly and can even deliver hot and cold food in the same tray is taking off in the US as well as Europe. 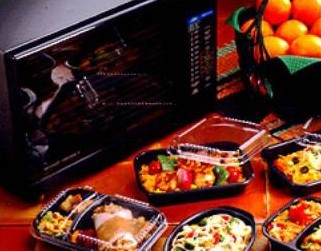 Self-venting pouches or trays, and technology enabling meals to mimic oven cooked food have driven strong growth in microwaveable packaging materials, according to a report from Allied Development.

A grease and moisture absorbing flexible packaging will give new food applications access to the microwave market and ‘extend’ the industry standard, said its developer.

Flexible packaging is set to supersede rigid containers used for poultry, seafood and meat, in a world industry worth $31.4bn by 2017, according to a report from Global Industry Analysts (GIA). 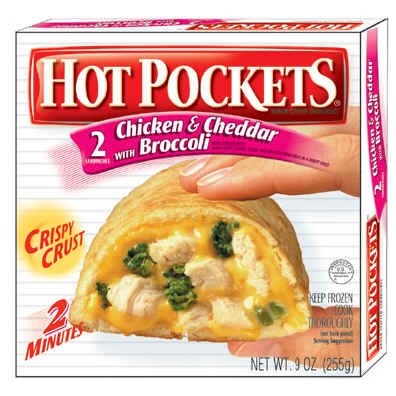 Substituting wheat with soy in microwavable pocket-type dough products may improve the food’s texture and reduce the detrimental effects of microwave cooking, suggests a new study.

Post-baking dryers that use radio frequency energy to heat and dry the moist areas of biscuits, cracker, and snack food are said to boost output by 30 per cent.

A new, heat-sealable, heat-shrinkable ovenable film for use with red meat, pork, poultry, fish and vegetables from polyester film supplier, DuPont Teijin Films is being showcased at the International Food Exhibition, Excell, London.

New snack coating technology from Crisp Sensation Holding claims to retain the crispness of food products after preparation in both microwave and combination ovens.

Nicholl diversifies with dual-ovenable board and pulp tray

Nicholl Food Packaging has announced its launch of a dual-ovenable board and pulp fibre tray as it seeks to branch out from aluminium packing.

A new absorbent pad can be used with a variety of tray substrates in both microwaves and conventional ovens, says its developer.

A new spiral oven can reduce the operating costs of producing
cooked bacon, claims its manufacturer.

The attractiveness of metal packaging to food manufacturers has
received a boost with a study suggesting that the material is
perfectly safe to use in microwave ovens.

A new spiral oven can help speed up production while reducing
maintenance costs, the manufacturer claims.

The EU's food agency today set a maximum limit for human daily
intakes of bisphenol A (BPA), a chemical implicated as a potential
carcinogen and widely used in plastic food packaging and cans.

Ball has released what it claims is the first microwavable steel
packaging for foods available in North America.

A new metal wrapping can be used for microwave cooking without
sparking and damaging the machine, according to a patent filed in
the US.

Aluminium foil packaging can be used safely in microwave ovens
according to an industry study conducted by the Fraunhofer
Institute for Process Engineering and Packaging IVV.

Graphics Packaging has designed a microwavable sleeve to absorb the
oil exuded as fatty foods are cooked.

A microwavable material, made of aluminum and polyester laminated
to a paperboard base, will give food processors another option for
their ready-to-eat fish products.

A new line of ovens from Dutch equipment specialists Rademaker Den
Boer promises to save bakers time and money by using the most
up-to-date technology available to embrace the growing trend
towards modular systems, writes Chris Mercer.

The plastic rigid food packaging market in North America reached
about 10.3 billion pounds in 2003 and is expected to increase to
over 13.6 billion pounds by 2008 at an AAGR (average annual growth
rate) of 5.8 per cent, according...

GE Advanced Materials has developed Noryl PKN, a resin capable of
extreme temperature resistance. This, says the company, makes it
ideal for food packaging that goes direct from the deep freeze to
the microwave.

Classica Microwave Technologies has begun testing and product
development projects for clients in its new state of the art
laboratory facility in New Jersey, US.

Whitebread is to begin a pilot scheme in the UK to try out the
TurboChef C3 oven, a fast cook application for the food service
industry.