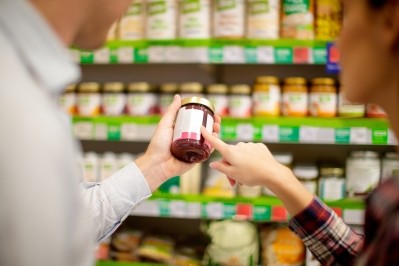 The UK Food Standards Agency Chief Scientist Robin May says urgent progress is needed on a unified eco-labelling system so that the food system can be set on a path to sustainability. 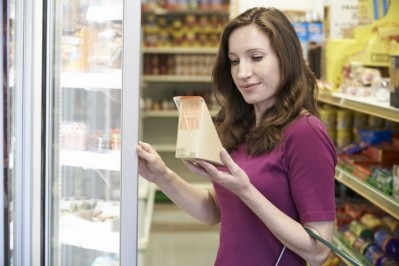 Natasha’s Law came into force in England, Scotland and Wales on 1 October, stipulating that producers must provide a full ingredients list with clear allergen labelling on pre-packed snacks for direct sale (PPDS). 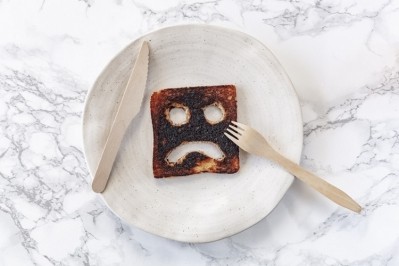 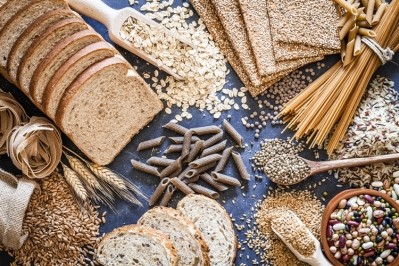 The UK bread industry is coming together to promote fiber next month. 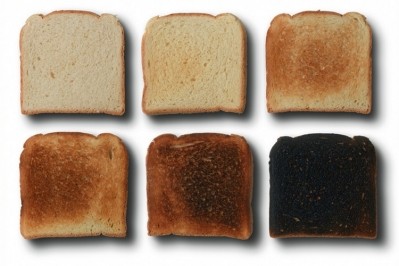 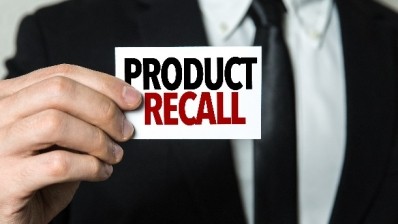 The Food Standards Agency (FSA) in the UK has issued an urgent recall of Farmhouse Biscuits Honey and Oat cookies, as biscuits that contain wheat were accidentally packed into some packets. 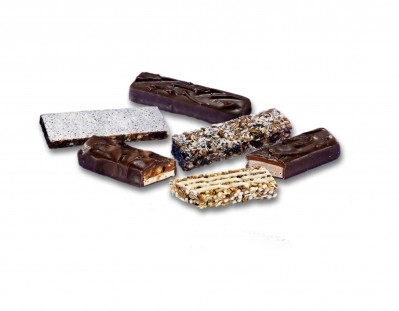 ConfectioneryNews speaks to Peter Dreßler, head of sales for bar production at Bosch Packaging Technology, to find out what bar manufacturers want in today's industry. 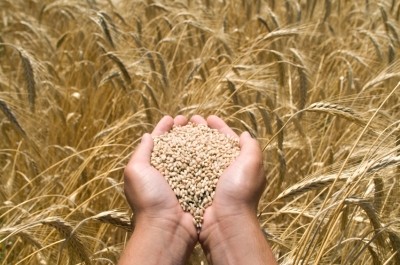 Dutch consumer association, Consumentenbond, is fighting for tougher regulations on products claiming to be whole-grain as it says manufacturers are deliberately misleading consumers in their labelling. 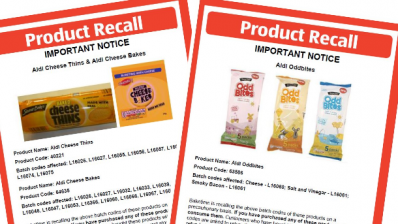 A raft of baked and snacking products sold by businesses including retailer Aldi and wholesaler Booker in the UK have been recalled over fears they were produced in unhygienic conditions. 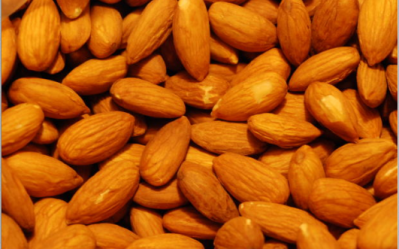 The UK Food Standards Agency (FSA) has backtracked on a recall of ground cumin because of almond after additional testing. 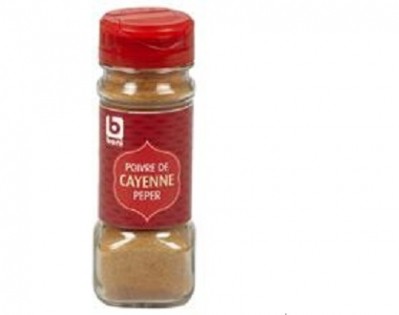 Belgium has become the latest country to be dragged into the nuts and spices contamination issue. 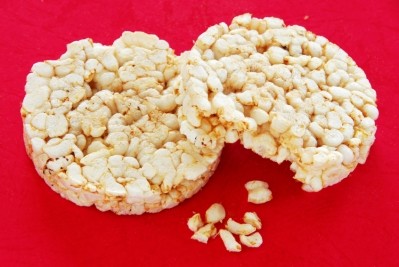 A Channel 4 investigation into inorganic arsenic levels in rice has questioned the safety of products aimed at children like rice cakes and Kellogg's Rice Krispies - although all companies implicated say their levels fall within current recommendations. 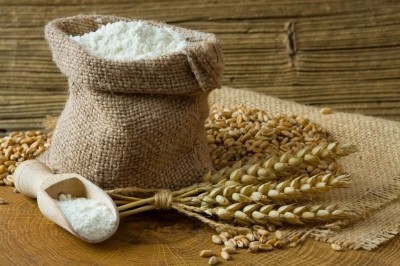 The UK’s Food Standards Agency (FSA) has begun testing for the presence of soy in wheat flour mills across the country. 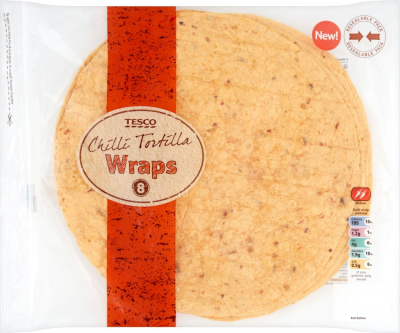 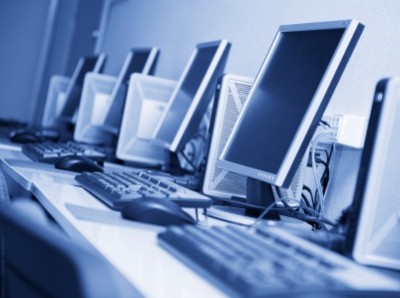 Cloud technology could fight horse meat-type food fraud issues by enhancing traceability, according to specialists in the field JDA.

The UK Food Standards Agency (FSA) is holding an urgent meeting of retailers and suppliers today (Monday) following the discovery or pork DNA in halal meat supplied to prisons in England and Wales.

PepsiCo-owned Walkers has withdrawn a Lights Sour Cream six-pack variety in the UK because milk was not listed on the ingredients. 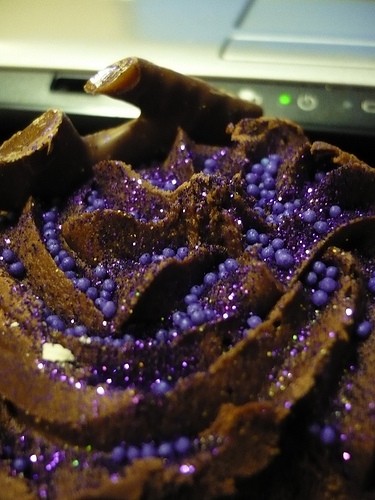 The UK’s Food Standards Agency (FSA) has developed guidelines on glitters and dusts over fears that inedible decorations are being marketed for use in foods such as cakes.

An unregulated, potentially harmful mycotoxin was found in over 10% of cereal sampled during a Food Standards Agency (FSA) survey, a report has confirmed.

Research groups and universities throughout Europe have been invited to help UK food manufacturers cut the level of salt in baked goods, confectionary products and other foods. 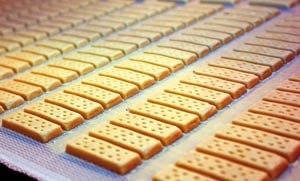 New UK rules on meat charging inspection will not destroy the industry but will heap on costs and hit the competitiveness of the sector, said the British Meat Processing Association (BMPA). 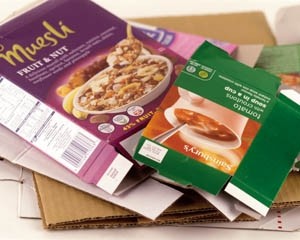 Major food manufacturers are revamping their packaging amid concerns over the long term health hazards posed by mineral oils leaching from recycled cardboard into foods.

The European Food Safety Authority (EFSA) has given its approval for the use of two new substances for use in food contact materials.

The UK Food Standards Agency (FSA) has issued an updated guide on charges for meat hygiene inspections that come into force later this month.

The European Food Standards Authority (EFSA) has cleared the use of a range of new substances to be used as food contact materials in the economic bloc.

Proposals to overhaul the fee inspection regime at food and feed facilities in the UK would result in a more consistent and clearer system - but one that would cost businesses more, said the Food Standards Agency (FSA).

The UK is commissioning an evaluation of assurance schemes for food processors, food producers and other food businesses.

Are you prepared for the next sudan-1 or melamine scandal? What are the food safety risks threatening the food supply chains of tomorrow, and do you have the technical and financial resources to deal them them?

Watchdogs provide much needed protection in an uncertain world. So why is the UK government determined to kill off the Food Standards Agency?

Why food is a vital issue in the UK general election

No race should have rules that favour the strongest competitors. But unless the capabilities and interests of SMEs are taken into consideration before the starting gun is fired for new food regulations, they will struggle to keep up and may have to drop...

The European Food Safety Authority (EFSA) has given its approval for the use of three new substances in food contact materials.

The UK’s Food Standards Agency is launching a new campaign to encourage people to check salt levels on food labels, as 77 per cent of people are not aware that bread and breakfast cereals are amongst the most laden products.

Leading cereal manufacturers in the UK are meeting the Food Standards Agency (FSA) today to urge the body to pull a £3m (€3.44m) advertising campaign on salt consumption.

A new review of studies on the nutritional content of organic and conventional produce has broadly concluded that there are no differences – but the investigators raise big concerns over standard of the science.

The UK’s Food Standards Agency is investigating curious reports of a lingering metallic taste in the mouth of people who have eaten pine nuts, sometimes lasting as long as two weeks.

Ongoing amendments to salt reduction targets across European markets like the UK are throwing up unknown challenges for bakers beyond just affecting taste, with fears over the possible wider impacts for product quality, according to industry leaders.

The Food Standards Agency has unveiled updated salt reduction targets for the food industry up to 2012, trimming back levels once more in some 80 categories of foods.

Study urges food processors to keep consumers in the loop

Educating consumers about new technology that enables the production of minimally processed foods is critical to ensuring that they will pay extra for such products, according to findings published in the Journal of Food Science Education.

A new food fraud division will support local authorities to take swift action to stop illegal activity as well as helping them uncover cases where the consumer has been misled, announced the UK’s Food Standards Agency (FSA).

A food industry coalition that includes snack makers has slammed obesity-fighting rules in Wales that ban products such as organic rice cakes from hospital vending machines.

New research has shown that many commonly consumed breakfast items contain ‘surprising’ levels of salt – but food manufacturers point to the progress they have already made in reformulating products.

The Food and Drink Federation stressed the huge challenges faced by manufacturers in reformulating products to meet Food Standards Agency (FSA) targets at an industry conference in London on Friday.

The UK’s Food Standards Agency is introducing a programme of industry secondments for its staff, so it can have better understanding of how compliance might work when it is developing or negotiating regulations.

A product reformulation provides naturally derived icing for use in toppings and eye-catching decoration on baked goods, according to supplier BakeMark.