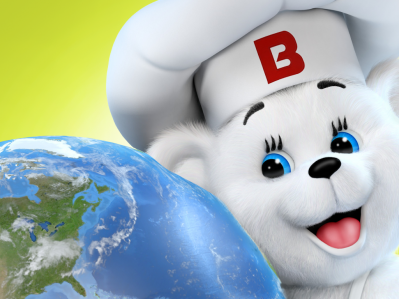 Grupo Bimbo’s corporate social responsibility (CSR) app is unlikely to spark interest among consumers but could prove valuable as a way to collate business efforts and differentiate, says an innovation expert.

Functional products are central to Japanese bakery and cereal innovation

Growing demand for nutritional value, and changing market demographics are providing strong incentive for innovation in Japan, according to Datamonitor.

Packaging and processing trends for 2009

The growing popularity of ventable plastic bags for steaming food and more concentrated cleaning fluids are two trends to emerge from Datamonitor’s latest survey of product launches in the consumer packaged good sector.

Probiotics are being included in increasing numbers of 'innovative'
new applications, according to information released by Datamonitor.

Recent innovations in novel confectionery products include an
energy-giving lollipop in a can, chocolate flavoured sea salt, and
edible whole flowers, according to new data released by
Datamonitor.

A gap in the market for snack food that is simultaneously
convenient, healthy and indulgent is ripe for exploitation by canny
retailers, according to a new report from analyst group
Datamonitor.

European consumers are increasingly skipping meals at home and
instead opting to snack or eat in restaurants, a trend that is set
to continue on the back of hectic lifestyles, says a new report by
Datamonitor.

An increasing British indulgence for premium food, drink and
personal care items means manufacturers should concentrate on new
product development and marketing the luxurious aspects of
products, according to a new study by Datamonitor,...

A new report from market analyst Datamonitor reveals that UK
consumers are continuing to abandon traditional sit down family
meals in favour of snacks.

Convenience and indulgence in the breakfast market set to bring
gains to ingredients suppliers and their customers: our round up of
new product designs shows how industry is reacting to this
potential market, writes Lindsey Partos.

Natural cocoa in formulations to open up opportunities for makers, new study

Breakfast shown to be heart healthy

Missing breakfast has been shown to raise cholesterol levels and
reduce the body's response to insulin in a small study that raises
concern for the increasing numbers of people that skip the first
meal of the day.

Britons are already the Europeans most likely to skip meals on a
regular basis - a trend which has made them the snacking champions
of Europe - but a new report suggests that irregular mealtimes are
likely to become even more widespread...

France becoming a nation of snackers

Britain may be Europe's biggest snack food market, but changing
habits in continental Europe mean that even the staunchest
supporters of traditional gastronomy - the French - are
increasingly snacking between meals, according...

Growing opportunities for food manufacturers in Australia may well
be rooted in innovative flavours and health ingredients, say
researchers at CSIRO on the day the Australian government earmarks
millions of dollars to invest in R&D...

With Hungary's entry into the EU in May, producers of one of the
country's main food specialities will face a particular challenge.
Moves by the Union to phase out the force feeding of geese over the
next 15 years are likely...

The UK's fourth biggest supermarket may introduce special labelling
for its low-carb products, reported market research firm
Datamonitor this week, which could spark a wave of diet-related
marketing.

The British are the biggest consumers of chocolate in Europe,
munching their way through more than 10 kg each every year. A
reflection of Britain's ongoing love affair with snacking - and
consumers' reluctance to choose...

Organic food sales in the UK are set to grow by 12 per cent by
2007, reaching €2.6bn. But this is still half the size of the
German market, with further growth still hampered by the high
prices and dubious claims about the alleged...

McVities is relaunching its low-fat range of biscuits and cakes
sold under the Go Ahead! brand, with a new pack design and a number
of new products. But is the decision a good one in the long term,
asks Datamonitor?

Habit of a lifetime

Eating in between mealtimes is fundamentally ingrained in
Europeans' eating habits, claims a new report.

Europe is a continent of snackers, and eating between meals is set
to grow there over the next five years. The challenge now for
manufacturers is to turn the oft-maligned snack into an integral
part of the daily diet as meal occasions...

Ginsters, the UK-based pastie and sandwich group, is to launch a
range of products targeting the under-10s later this year, tying in
with a new TV series.

Ginsters, the UK-based pastie and sandwich group, is to launch a
range of products targeting the under-10s later this year, tying in
with a new TV series. But while the products are likely to appeal
to children themselves, will Ginsters...

Snacks: adapting to a changing market

In a market valued at €140 billion, the consumption of food and
drink in the European workplace provides manufacturers with the
potential to create products that meet three key criteria -
quality, convenience and health.

Europe - a continent of snackers

The consumption of food and drink in the European workplace
provides manufacturers with the potential to create products that
meet three key criteria - quality, convenience and health.

Tap into the cereal bar potential

Western Europe's cereal bars market is 'massively underexploited',
according to market research analysts Datamonitor. The report
suggests that this product could be a promising driver of growth
for confectionery makers...

Britons are confirmed snack-o-holics, according to a new report
from Datamonitor, meaning that there are excellent growth prospects
for snack makers in this market. And while snack consumption
patterns are different on the Continent,...

Consumers in the future will eat fewer meals at home as eating out
becomes increasingly convenient, but snacking in front of the TV
will continue to play an important role as consumers wind down
after increasingly hectic working days,...