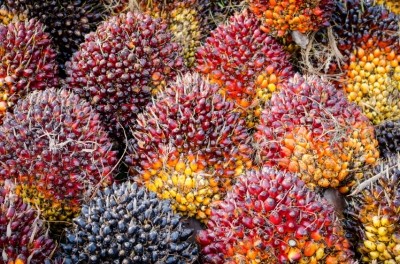 French politicians have dropped the proposed palm oil tax, leading some politicians to say the country is being blackmailed by producer countries. "We are legislating with a knife at our throats," said one.

This week, China will extend for another five years its anti-dumping duties on potato starch that is imported from the European Union.

The palm oil labelling bill in Australia is entering its next phase, with the House of Representatives set to vote on whether it becomes law – and the current government saying it intends to oppose it.

European companies are finding it harder to do business in China, according to a new report from the European Union Chamber of Commerce in China.

Tetra Pak has said it will seek immediate talks with the Venezuelan Government after the country’s president threatened to counterfeit its packaging goods in a bid to save money.

Food industry voices are joining those of politicians in the GM debate, hailing the controversial technology as the answer to the food supply crisis. But the hearts and minds of consumers must still be won.

Danisco subsidiary Sucros Oy is calling for more sugar beet
suppliers in Finland, claiming that EU sugar reforms have reduced
the number of its current growers by an unprofitable 43 per cent.

Ingredients giant Tate & Lyle is considering the sale of its
Food & Industrial Ingredients, Europe (TALFIIE) division, in a
move designed to sharpen its focus on value added ingredients, the
firm announced yesterday.

Sweet nothing for global trade

The transition to the new EU sugar regime is a reminder of what was
lost when the Doha round of WTO trade talks collapsed.

EU broiler production in 2006 is forecast to be four per cent lower
than last year due to the outbreaks of avian influenza (AI), but
looks set to rebound in 2007, according to a new report.

The short sighted failure of greedy WTO trading partners to achieve
any sort of meaningful agreement on global agricultural tariffs is
bad for Europe's food industry.

The EU and six member states broke trade rules by barring entry to
GM crops and foods, according to the WTO but will the ruling change
anything?

In the expanding European premium foods market many suppliers are
striving for EU-approved hallmarks to boost the prestige of their
products and attract retailers.

Animal feed grains to be focus of IGC conference

Developments in the global animal feed industry and their estimated
impacts on international trade in grain will be among the key
topics to be addressed at the UK's upcoming International Grains
Council (IGC) grains conference.

The EU has lost a battle at the World Trade Organisation (WTO) to
restrict the import of cheap frozen, salted chicken cuts from
Thailand and Brazil through punitive tarrifs.

Leading Australian agricultural group Elders is aiming to triple
exports of livestock and grains China in the course of the next
three years.

With demand outstripping global wheat stocks, currently at a 30
year low, wheat prices are in for a volatile ride in 2004.
Strategies to minimise the impact of price rises for food
processors could be rooted in risk management and...

A move towards closer integration?

The launch of the pan-Euro-Mediterranean (Euromed) system of rules
of origin, fundamental to developing trade and fostering regional
integration, will be top of the agenda at the third Euromed Trade
Ministerial meeting in Palermo,...

Producers of food and non-food products from all over the world
have joined forces to call for tighter protection of geographical
indications ahead of the latest WTO talks in September. But
convincing WTO members to extend the list...

The organisers of Propak China 2003 have said that
"unprecedented levels of support" from Chinese and
international trade bodies, together with space expansion from key
international players, indicate that this year's...

China is to nearly double the capacity of its processing industry
of farm produce in the next three years, making it competitive in
the international market.

The World Packaging Organisation (WPO) has selected China as the
host for the World Packaging Congress in 2006, officials announced
on Saturday in Beijing. This will be the first time that the
country hosts such a large international...