Fresh research across Europe suggests children are falling through the gaps of regulations aimed at preventing childhood obesity. 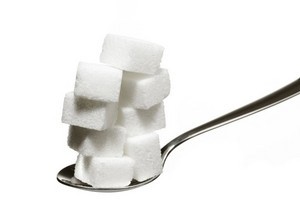 Thanks to drink manufacturers reformulating sugar out of their products, the UK’s Office for Budget Responsibility (OBR) now predicts significantly less revenue from the sugar tax - but does this really signal a change in the public diet?

Sugar tax: could bakery products be next in the government firing line?

A ‘sugar tax’ on soft drinks announced by the UK government this week might eventually be extended to baked goods, industry experts have warned. 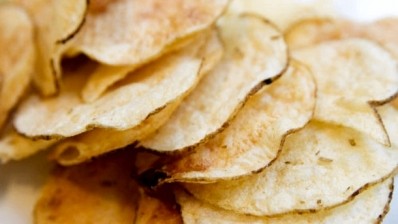 This week Down Under

The number of Australians who snack on potato chips continues to grow, while those who do so are also most likely to wash them down with flavoured soft drinks, market research has found.

The European Food Safety Authority (EFSA) has reassessed exposure to curcumin and found consumption is lower than previously thought – although some children consume close to the acceptable daily intake (ADI).

'Sin taxes' must raise food prices by 20% for any effect, argue experts

In order to have any effect on population health, fat taxes must raise food prices by 20% and should be combined with subsidies on healthy foods, say UK-based experts. However industry leaders have branded the calls as ‘irresponsible.’

A new study into benzene levels in soft drinks sold in Belgium has
found that some still have higher levels than drinking water, and
more research is needed into several possible contributing factors.

Ingredients giant Archer Daniels Midland has criticised media
reports linking the use of high fructose corn syrup (HFCS)
with the rise in US obesity levels, saying it is not the sole cause
of the epidemic.

Drinking more than one soft drink a day is associated with a 50 per
cent increased risk in metabolic syndrome, says a new study from
the US.

Product development gurus are increasingly attempting to use
consumer trends for natural ingredients and more nutritious
beverages to drive growth in the carbonated soft drinks category.

US food safety authorities have re-opened an investigation closed
15 years ago into soft drinks contaminated with cancer-causing
chemical benzene, following evidence the industry has failed to
sort out the problem, BeverageDaily.com...

Snack food advertisers should be banned from targeting children
with underhand advertising campaigns that parents are oblivious to,
says a new report.

PepsiCo's successful diversity and faster action on health has
taken it ahead of Coca-Cola in the market for the first time in 112
years, but don't be fooled into thinking Coca-Cola is dead wood.

The drinks industry believes fortified beverages are the answer to
claims that Americans are increasingly drinking sweetened soft
drinks at the expense of more nutritious alternatives.

Research suggesting a link between soft drink consumption and
rising levels of diabetes in the US has sparked fierce criticism
from consumer groups and beverage industry associations. Scientists
with an axe to grind have manipulated...

New research appears to absolve the soft drinks industry from
responsibility for the low calcium intake among US adolescents but
it suggests that creative and effective ways of increasing levels
of the mineral, such as through fortified...

Plastic goes from strength to strength

The strength of plastic