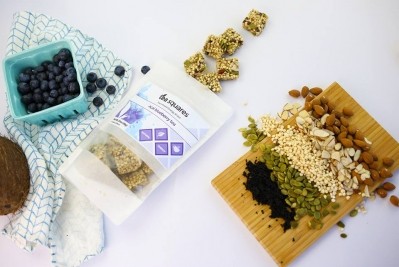 Natural snack startup, Tea Squares said it could be the next acquisition target by a major US CPG company, after the company recently secured listing at a Whole Foods store in Chicago. 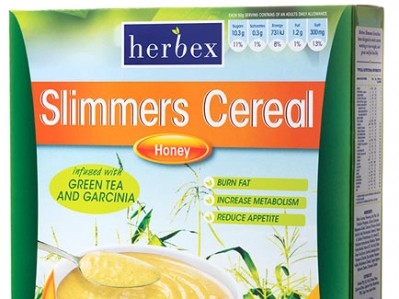 Green tea cereal: The next big nutritional punch at breakfast

Green tea has migrated from hot drinks into other foods over the years but has particular promise in breakfast cereal where manufacturers can pack nutritional punch into weight-loss products, says a Datamonitor researcher.

Retention of green tea extracts in biscuits is improved by a reduction in the pH of the dough, finds new research looking at the stability of different catechins when fortifying baked goods.

Italian botanical extracts leader Indena has been rewarded for more
than 20 years of research in the area by winning Frost &
Sullivan's 2008 European Green Tea Extracts Excellence in Research
Award.

Supplements of the green tea compound EGCG may offset the signs of
physical and mental fatigue associated with modern stressful lives,
suggests research from Japan.

A green tea extract has been launched by Danisco as a food
ingredient, reinforcing the perceived benefits of the antioxidant
and its "consumer friendly" appeal.

Components in green tea may help prevent the production
of inflammatory molecules associated with joint damage in people
with rheumatoid arthritis, scientists have reported.

Drinking green tea may help to prevent the spread of the HIV virus,
a study suggests, but the authors have warned more research is
needed.

Danisco is looking to benefit from growing interest in natural
antioxidants with the launch of Guardian green tea extracts.

Scientists in the US are looking into the potential of green tea
polyphenols to stop the Maillard reaction in thermally processed
dairy to prevent dark colours and off-flavours.

Matcha green tea tipped as luxury flavour of the future

17-Nov-2006 By Anthony Fletcher in Frankfurt

A Japanese firm is confident that a traditional form of green tea
is about to take off as a luxury flavour category in Europe.

Drinking several cups of green tea every day could cut peoples'
risk of death from a range of diseases, but does not appear to
lower the chances of getting cancer, says a Japanese study.

Tea linked to lower risk of bile stones and cancer

Drinking at least one cup of tea a day could cut the risk of cancer
in the gallbladder and bile ducts by about 40 per cent, suggests a
population-based study from China.

The evidence that green tea could benefit heart health are
"supportive" but not "conclusive", said the FDA, leaving the door
open to backing such health claims in the future.

Caffeine could protect against diabetes

People who drink lots of green tea or coffee every day could lower
their risk of diabetes by 33 percent, a result linked to caffeine
content, says new research from Japan.

Both green and black tea could protect against age-related diseases
like Alzheimer's, says a new study, adding yet more support to the
benefits of tea extract on brain health.

UK company Multiple Marketing has developed a new range of
functional cereal bars in an attempt to cash in on the increasing
demand for nutritionally beneficial and innovative wellness
products that deliver functional health benefits.

Green tea could protect against Alzheimer's

Drinking more than two cups of green tea a day could cut the risk
of dementia by half, claims a population-based study of elderly
Japanese subjects.

Scientists investigating the effects of green tea antioxidant EGCG
on mice's brains believe their positive results may signal its use
as a preventative or treatment of Alzheimer's disease in humans.

Scientists have developed a new technology to process instant tea.
The invention is said to cut processing time by 15 hours, making it
considerably less labour intensive and reducing costs.

Solution to counteract effects of irradiation

Reasearchers from the Food Safety Consortium at the University of
Arkansas have devised a means of using grape and green tea extract
to eliminate certain side affects of irradiated chicken - a move
which could help make irradiated...