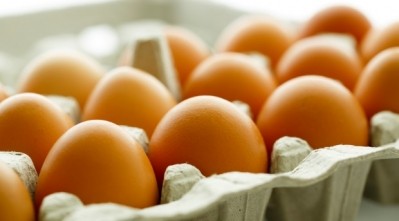 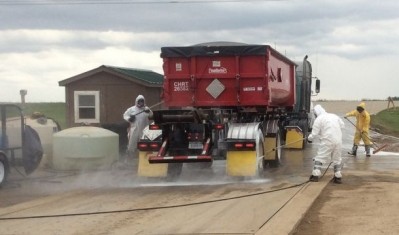 Bakers hail new egg supplies from The Netherlands, but warn that avian flu crisis is ‘far from over’

The arrival of egg products from The Netherlands “may make up for about 10% of the supply that’s been lost due to the impact of the avian influenza” in the US, says the American Bakers Association. 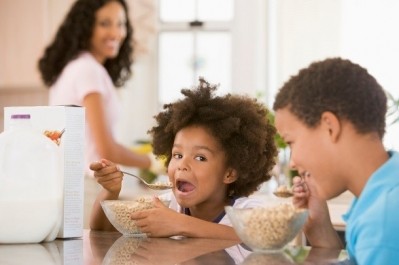 Recent acquisitions to diversify Post Holdings’ portfolio are paying off more quickly than anticipated, prompting the cereal giant to raise its full year guidance despite a larger than expected negative impact from a supplier that tested positive for...

More than 100,000 birds have been culled in Poland after an
outbreak of bird flu was detected on a hen farm.

About 900 tonnes of poulty meat passed through a UK farm infected
with bird flu and into the food chain during an outbreak of the
disease last month, according to the country's public health
minister.

Since this story was published Bernard Matthews has confirmed
that sales of some products have fallen by 40 per cent on some days
since the avian influenza outbreak began.

Sága Foods, the Hungarian subsidiary of Bernard Matthews, has
defended its decision to continue exporting its products throughout
the EU, despite an ongoing investigation into a bird flu outbreak
at the company's UK operations.

Concerns that bird flu may return to ravage the poultry industry
and humans have prompted the EU to invest €28m in new research to
better spot and control outbreaks.

The effects of avian influenza on Romania's poultry sectorprovides
a high-profile case study for the rest of Europe on how the
viruscould affect both the supply of the meat and consumers'
demand.

Spain has become the latest EU member to report finding thedeadly
strain of the bird flu virus in wild birds.

Italy's government to buy poultry in bid to prop up sector

Italy's bid to prop up its ailing poultry sector, hit by a drop in
demand due to avian influenza, may have gone too far, the European
Commission said yesterday.

The European Commission will channel €65m in "bird flu" aid to
reduce the glut of poultry meat and eggs on the market.

Hungary has confirmed it has found the avian influenza virus in a
flock of domestic geese, a week after a European Commission report
claimed incidents of bird flu are declining in the EU.

At least one UK poultry processor plans to cut capacity and farmers
are calling for higher payments as the industry is hit by bird flu
and cheaper imports.

About 35,000 chickens are being culled at a farm in Norfolk, UK as
a precaution against an outbreak of avian influenza.

Consumption of poultry meat has dropped by more than half in some
EU states, with 300,000 tonnes now in storage across the bloc,
according to EU estimates.

The fear "psychosis" caused by avian flu is devastating Italy's
poultry sector, with consumption falling by 70 per cent in the
country, the Confederazione Italiana Agricoltori reported
yesterday.

Germany yesterday became the fifth EU member country to report
finding the deadly form of bird flu in wild birds, while Hungary is
also testing 12 others found dead within its borders.

Planning for disaster if avian flu becomes a pandemic

Food processors need to make disaster plans in case the lastest
outbreak of avian influenza in Europe becomes a global pandemic,
according to risk experts.

How times change for the EU's poultry processing industry, which is
now looking on in horror as their markets melt away in the face of
an onslaught of publicity about avian flu.

Food processors now face the prospect of rising prices for poultry
with the confirmation of avian influenza H5 virus in Romania and
Turkey.

Drugs based on Australian scientific body CSIRO's research into the
influenza virus have been shown to be effective, in laboratory
tests, against a sample of an H5N1 influenza virus currently
infecting chickens in Asia.

WHO calls for co-operation to combat bird 'flu epidemic

The World Health Organisation (WHO) held talks yesterday with drugs
firms and international laboratories on developing a vaccine to
fight the bird 'flu virus that is ravaging parts of East Asia.
There are now fears that the crisis...

Following the possible outbreak of avian influenza in Germany last
week, the European Commission has decided to reinforce the control
measures already enforced by German authorities.