A UK based snack group has been fined a total of £15,000 following an injury to an employee last year while using a blender. 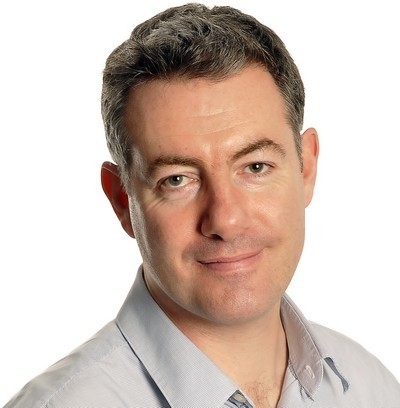 Europe must keep cool over country of origin labelling

Always read the small print. Good advice and nowhere more so than in food labelling with today’s increasingly savvy consumers demanding to know what’s in their food, where it came from and what it’s going to do to them.

Spice and cereals processor Arcadia Food Industries has been issued fines totalling £7,080 after an employee’s finger was severed in a spice mixing machine.

Southall-based sandwich maker Bream Foods has been fined £20,000 after pleading guilty to a string of offences from failing to tackle an “uncontrolled mice infestation” to washing salads in sinks lined with grease.

The Kellogg Company will change immunity claims for Rice Krispies after the Federal Trade Commission (FTC) ruled the claims misleading – but ruled out a financial penalty.

Country of origin labelling (COOL) should be not be mandatory for snacks and other foods, as the financial burdens would outweigh any benefits, claims a leading Spanish politician.

Please: A big round of applause for Jozsef Kapuvári. Who? You might well ask. Kapuvári is the author of an EU report that highlights the importance of realistic food prices – not just to underpin the food supply chain but to maintain the fabric of European...

Why food is a vital issue in the UK general election

Dust produced by sugar and flour and other materials such as wood, metal, coal and paper, can produce explosive hazards if not contained, claims Imperial Sugar Company.

Call for EC to intervene to end volatility in cereal prices

EU farmer representatives are urging the European Commission to intervene to stabilise cereal prices and reduce volatility in the market.

Snack makers pledge to cut out adverts aimed at children

The European Snacks Association (ESA) is playing up a commitment to help curb obesity in Europe with the announcement that it has joined an EU initiative designed to restrict advertising to children.

An April 23 EFSA consultation to discuss its safety review of aspartame has been cancelled due to travel uncertainties, as volcanic ash from Iceland continues to cause problems with air travel.

Baker found in breach of regulation over worker injury

UK speciality bread manufacturer Country Style Foods has received a fine and was also ordered to pay costs after a court found that it failed to protect a worker and ruled that the firm has been in breach of equipment regulations during an incident at...

A claim that an advert for Kellogg’s Coco Pops was irresponsible because it directly targeted school children and encouraged them to eat a snack that was high in sugar has been rejected by the UK’s Advertising Standards Authority (ASA).

Kellogg’s has submitted an application to the European Food Safety Authority (EFSA) for approval of a weight health relationship claim under the proprietary and emerging science article 13.5 for generic ready- to-eat breakfast cereals.

Acrylamide could get prop 65 for reproductive harm

California health officials have proposed that acrylamide, the suspected carcinogen produced during the cooking of certain foods, should be listed as a known reproductive toxicant.

Sara Lee has issued a clarification statement regarding its EarthGrain-brand bread after organic farming campaigners at Cornucopia accused it of “misleading and unethical” claims.

The long lead time before regulatory changes become applicable means the flavour industry is prepared to support customers, says the president of the European Flavour Association (EFFA), though a few details are still being worked out.

The current EC labelling legislation on complementary food such as processed cereal-based foods for infants are consistent with the recent European Food Safety Authority’s (EFSA) findings that complementary feeding at four months poses no risk to infants,...

The Kellogg Company has settled a dispute with the Oregon Department of Justice and Attorney General John Kroger over immunity claims it was making for its breakfast cereal, Rice Krispies.